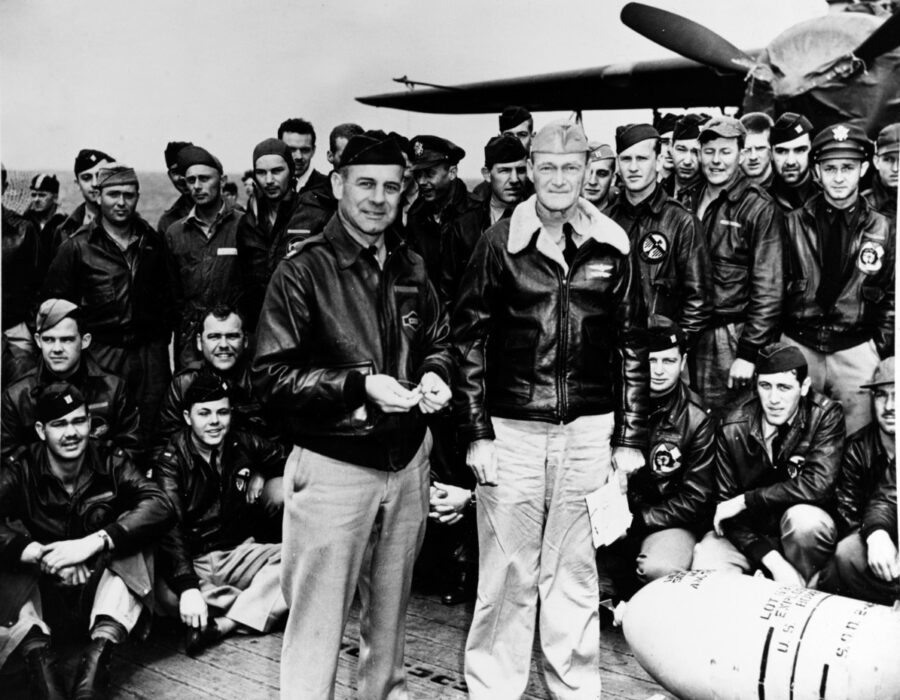 Join us for a series of events with Jeff Thatcher, son of David Thatcher, Stillwater County’s own Doolittle Raider.

This event on May 13th features a showing of “Unsettled History”, a documentary about the Doolittle Raid and the Children of the Doolittle Raiders’ efforts to keep the memory of the Raid alive both in the U.S. and China.

They were called the “Doolittle Raiders,” named after their commanding officer and American aviation legend Lt. Col. James “Jimmy” Doolittle. 2022 marks the 80th anniversary of their pivotal World War II mission, America’s answer to Japan’s attack on Pearl Harbor. Four years ago, some of the children of the “Doolittle Raiders” visited China, to “walk in their fathers’ footsteps.” But is this mission remembered in China as heroic or misguided? What kind of reception did they receive at a time when US/China relations were bad, and getting worse?

The story begins on April 18, 1942…16 U.S. Army aircrews are about to embark on their first combat mission. It might also be their last. The B-25 bombers they are flying were never intended to launch from an aircraft carrier. But that’s what they are about to do. They have enough fuel to reach their targets, military and industrial sites in Tokyo and five other Japanese cities. But they won’t get much further. And even if they somehow make their way to China, and relative safety, no one knows they are coming.

The challenge is to see past old black and white pictures to discover the individuals who actually lived this story. Discover them in the new American Public Television documentary Unsettled History: America, China and the Doolittle Tokyo Raid.

Museum of the Beartooths

With Help From Our Friends

We are funded in part by coal severance taxes paid based upon coal mined in Montana and deposited in Montana’s cultural and aesthetic projects trust fund.